Showing posts from March, 2013
Show all

A stroll along Eagle Creek

We headed a bit further out this week, the weather at the coast was still not cooperating with us climbing Saddle Mountain so we went a bit further into the gorge to Eagle Creek for what turned out to be our longest hike, thankfully with easiest elevation considering with the half mile to the trail head it was 7.6 miles.
Post a Comment
Read more 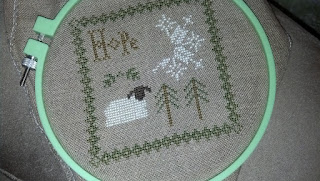 I would love to say Hope is complete, finished and I'm half way through the next sheep in the Sheep Virtues Series from LHN but alas, I am not.  A lot of other things demanded my attention this week, but such is life.
Post a Comment
Read more

This week started out a bit rough, I don't like the time change and having to adjust an hour so I'm usually groggy for a few days while I adjust.  Add to that we're very busy at work so I'm in 2 hours early every day and Monday was a very long day.  That should have been the worst of it but seems it can't be that simple here. We went to bed last night and I was reading in bed for a bit before going to sleep and hear the sound of nails on the metal track for the closet doors, I got out of bed thinking Lizzie managed to tangle herself in her blanket and she was freaking out being confused over being stuck but it was not that simple.
1 comment
Read more

This was probably the most difficult hike we've done to date, partly due to Jay being sick and I might have had one too many margaritas last night at dinner. I'm an amazingly cheap drunk so I normally have one drink when we're out, this was a particularly painful week at work so I decided a second drink was necessary.  Jay is now under orders to discourage this in the future at all costs, ugh. So after taking something for the headache around 4 am and finally dragging my rear out of bed around 730, by 8 I was feeling better and we decided to pack up and head out.  We got to Multnomah around 10:30 so it was still early to avoid the masses that gather here during the day.  All the families and kids are there to see the falls and could care less about any sort of trail etiquette because they're there to look and wander some of the paved trails not to take a hike, when we headed down there were many strollers to dodge along with people walking with while looking through
Post a Comment
Read more
More posts