- February 08, 2013
I've been watching the updates from friends who live in the east all day - snow, with a side of lake effect snow with a chaser of snow.  Suffice to say, a lot of snow was coming and many of the adults were not pleased or were in a sheer state of panic (I'm sure the kids were all cheering for the snow day, I know I did on the rare occasion) Here in the northwest, rain is the more typical precipitation unless you live at higher elevations.  Lots of rain, lots of grey, then summer appears and you don't see a drop of water for several months.  It was colder this morning than its been for several weeks and as I approached work I was greeted by this 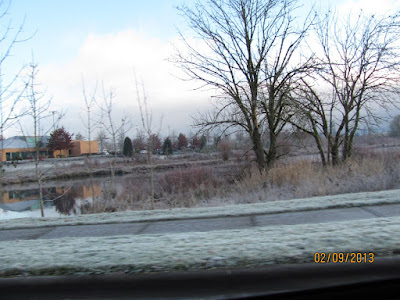 Now this might like like a nice light blanket of snow, but its only pretending.  This is frozen mist from stacks on nearby businesses that blankets the ground and makes the roads around work resemble a skating rink, when the temps really dip we'll get a nice ice layer on the top of the pond. But now the light is green again so I head off on my way to work and I'm greeted to this... 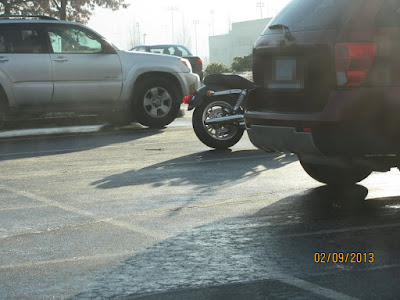 Ummm, its 30 degrees and supposed to rain and you rode your bike to work? Whatever works I suppose but just the idea makes me cold and I'm under my blanket with a dog snuggled up against me drinking coffee.    The odd continued into work, odd requests, the system doing things that defied logic so when the day was home I went home and prepared a fitting drink for the end of week 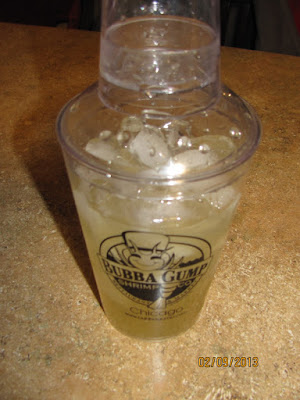 ahh my friend tequila, and my favorite shaker.  I'd tell you about dinner but it was not pretty, it made goulash night look like a great success so we'll just pretend that never happened and I'll go back to my needlework or perhaps I'll figure out how to fix the date on the camera because the incorrect date is rather annoying.
Life